As a starting point in data analysis, it is necessary to know some mathematical and statistical foundations in order to work with the information to be analyzed.

Thus, we will start learning some basic concepts:

The variables can be classified depending on the type of data they contain and, more specifically:

Note of interest: The typology of the variables is not always clear and they could be considered of different types depending on the criteria of each person and the objectives sought. An example could be the representation of age, which could be correctly considered both numerical (continuous or discrete depending on the precision) and ordinal, depending on whether you want to work with formulas to treat age as a continuous value or simply work with specific age ranges according to the relationship of the rest of the variables.

Although I will make a specific post for the data visualization, it is important to briefly mention the histograms and bar graphs. These are two of the most useful representations in the data analysis and help to understand how the data are distributed with respect to a variable or characteristic of the dataset (continuous in the case of histograms and discrete in the case of bar graphs). 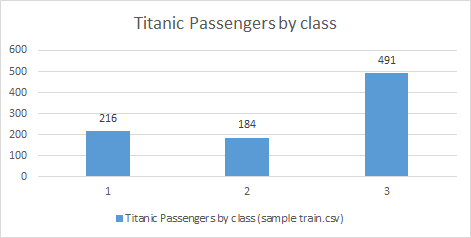 Thus, significant information about the data distribution can be extracted, classifying it in symmetric or asymmetric, as we will see below.

A key step when analyzing a dataset is what is called “descriptive statistics”, that is, in describing the data through a series of measures that allow to characterize its distribution and its dispersion.

The measures of central tendency serve to give us an idea of the distribution of our data.

This measure seeks to obtain the average value of a dataset. That is, all the values in the dataset are summed and divided by the total number of values in that data. 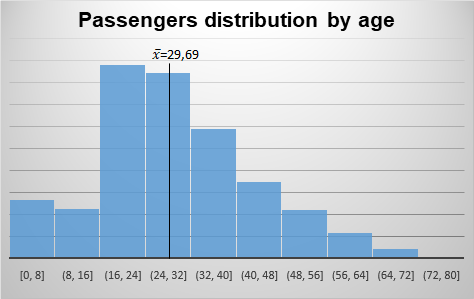 This measure represents the middle value in the dataset. That is, for its calculation, we take the data point in the middle of all the dataset xm:

The median, due to its dependence on the position of the values and not on their values, is less dependent on extreme values (outliers) than the arithmetic mean. That is why in many common statistics (for example, the average salary of the population) it would be more convenient to use the median instead of the average to avoid the presence of very high values that could misalign or mislead the analysis.

The mode in statistics represents the most frequently accruing value in the dataset. 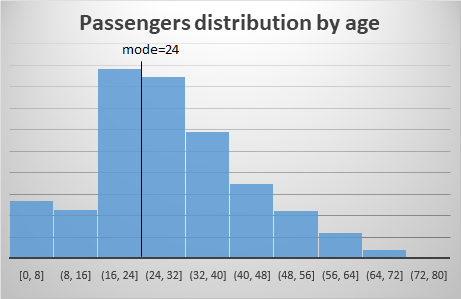 As we have seen in our example of the Titanic and the Age of its passengers we have a certain positive asymmetry (Mean = 29.69 > Median = 28 > Mode = 24) which indicates that there were more people below 29.69 years that above.

The measures of variability serve to give us an idea about how spread apart the data values are.

The range is simply a way to express full distribution of the data and it’s calculated substracting the minimum value in a set from the maximum one.

The variance is a measure of the dispersion of the values with respect to its average or mean value. It is calculated by obtaining the average value of the square of its residuals (differences of each value with respect to the average). That is:

The calculation is made on the square of the differences because if we add all their differences the result would be 0.

The standard deviation is a measure of the dispersion of the values of the analyzed variable represented in their same units. Its calculation is made by the square root of the variance and its representation is simply σ or s depending on whether it represents the population or the sample.

The standard error serves to measure how well a sample represents the population. The calculation is made by dividing the standard deviation by the square root of the total values of the sample.

Analysis of the variability

As seen from the examples seen, these measures help to draw first conclusions regarding the dispersion or variability of our distribution values. This is useful when comparing datasets on variables with those we have worked with previously.

In addition, and in combination with the measures of central tendency, these measures are of special interest in order to extract information about the distribution of the data of our variable, and in this way, characterize said variable in one way or another.

As final subject in this first article of the Fundamentals series, it is interesting to visualize the distributions of the data because they can give more clear information than the one extracted from their calculated values. According to the data treated, the most typical distributions that we can find could be:

- The values of the mean, median and mode are similar 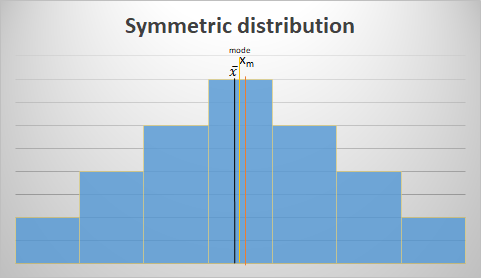 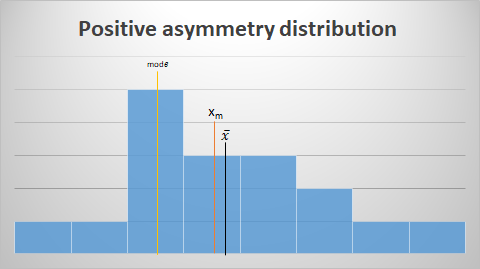 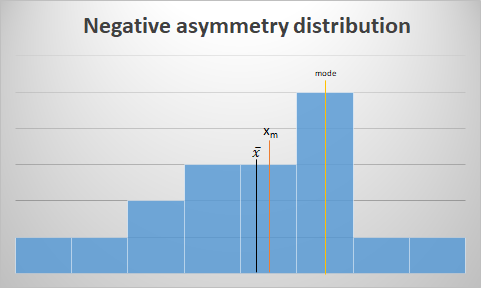 - Almost all values are identical throughout the range of the variable. This type of distributions could be due to the fact that the representation intervals are too small or too large, and because the variables represented consist of a combination of several variables. Therefore, it is advisable to vary the way of representing the data to detect changes that induce more information: 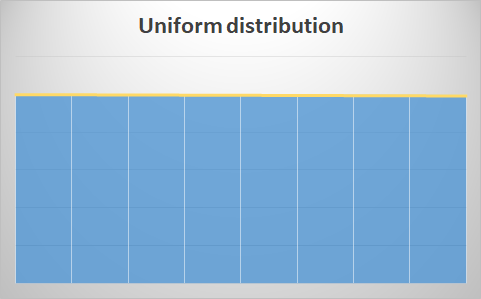 - Those distributions without a clear pattern of representation where different modes or peaks can be distinguished. These could be due to the same cases as those indicated for the normal distribution, so it is recommended to try to make changes in their representation:

- Distributions with 2 modes or peaks, which generally indicates that they are affected by 2 sources of variation that should try to be studied independently. It could be the case that the measures of central tendency and variability are similar, so their visualization is convenient for a better understanding. 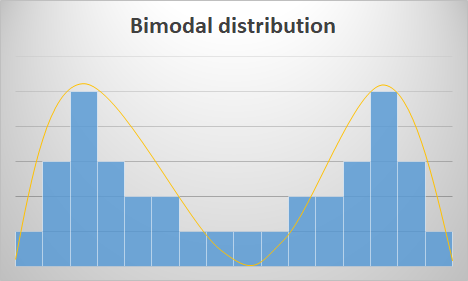 - The normal or Gaussian distribution consists of the desired distribution for all our data. Although it will have a specific post for analyzing its characteristics, briefly explained, it is a symmetrical bell-shaped function that allows us to model numerous phenomena of nature. The great advantage of having variables whose data are assimilated to this type of distribution is that their distribution can be characterized according to their standard deviation in the following way: 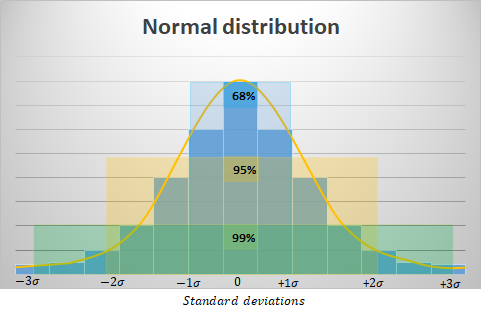