Following up on the information presented in the post “Descriptive Statistics”, below, we will know the most basic ways to visualize the data or information to be analyzed. Specifically:

Note: All the examples (except for the line graphs due to its features) are based on the train.csv dataset file, which is a subset of 891 representative individuals of the population of the Titanic used for the training of models of Machine Learning.

Pie charts are useful to represent the numerical proportions of the values of the data of a variable or feature with respect to its total. This type of graphs present a vast catalogue of variants and are widely used due to their simplicity of preparation and interpretation. However, these charts are often overused and misused (see the following article about the right use of pie charts and why these charts are so hated).

Line graphs are used to display the data of a variable over a sequence of continuous data. Generally, they are used to represent trends or relationships (in a group with more variables) between the data during a continuous time interval.

Treemaps and sunburst graphs are visualizations to represent hierarchical data and summarize the information in areas proportional to the corresponding values.

In the case of treemaps, the representation consists of rectangles with an area proportional to the value of the corresponding data with respect to the total. 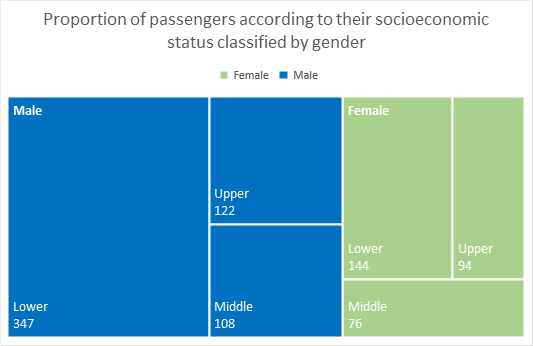 In the case of sunburst, the representation consists groups of rings according to the level represented, which are divided into proportional sections corresponding to the value of the data they represent.

Looking over the information already collected in the post “Descriptive Statistics”, where these two type of representations widely used in data analysis are explained, we can check that their main objective is to represent the distribution of the data with respect to a variable or characteristic of the dataset. Thus, the histograms allow to visualize continuous data and the bar diagrams represent discrete data.

As we saw in the post “Descriptive Statistics”, representing on these graphs measures of descriptive statistics (such as the mean or the median), we can characterize the distribution of the variable under analysis and thereby extract more information about it.

As known as Kernel density plots, they serve to visualize the distribution of data in a continuous interval. This type of graphics is a variation of the histograms where the shape of the distribution is smoothly represented.

The boxplots or whisker plots serve to represent a variable or characteristic depending on its range and its quartiles.

Note: The quartiles are the values that divide a list of ordered numbers into 4 parts in equal percentages

In addition to the box, this plot also shows 2 horizontal lines (or “fences”) that represent the maximum and minimum typical values ​​of our variable, and from which the outliers ​​of the distribution are visualized using points.

Statistical note: The outliers are those that are numerically distant from the rest of the data of the variable. Taking the Interquartile Range (IQR), outliers ​​are considered those that are below Q1 - 1.5 IQR or above Q3 + 1.5 IQR.

Violin plots are used to visualize simultaneously the distribution of the data and its probability density. These visual graphs consist of a combination of a boxplot and a density plot. In this plot, the Intercuartile range is represented by a thick black line or small box, the typical data are represented with a thin black line and the median is visualized with a white point. 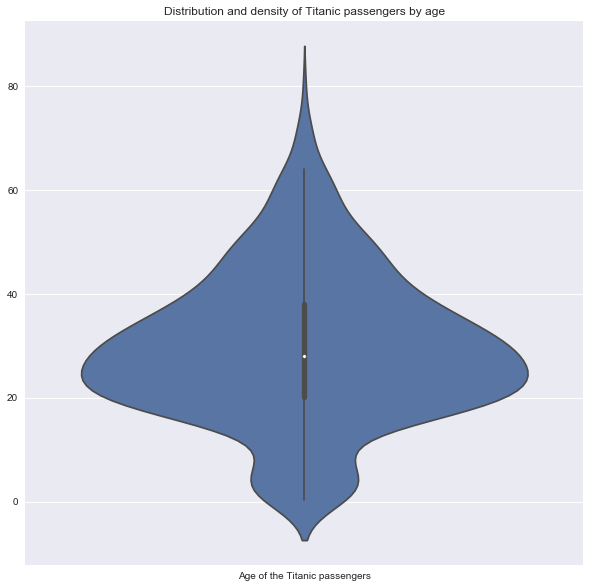 Scatter plots consist of visualizations that show the relationship of 2 variables of a dataset on two Cartesian axes. They are quite useful since they allow extracting information about the correlation between these variables. 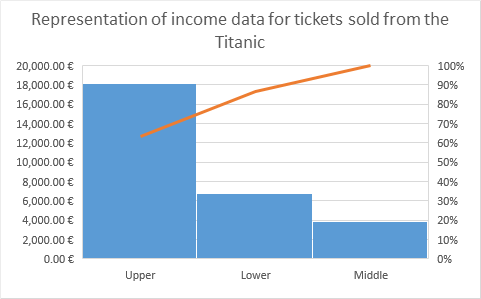 Regarding the example, we can see the usefulness of this graph given that it is quickly visualized that 90% of the ticket sales revenues of the Titanic come from tickets sold to passengers of high socioeconomic status. Or in a more detailed way about the second graph, approximately 80% of the revenue from ticket sales came from ~ 20% of the crew’s passengers.